On Wednesday the 30th of March, the Edward Kemp Community Garden had a double celebration. Firstly the 10th birthday of the garden, postponed for a year because of Covid restrictions – many of the garden users enjoyed meeting others and enjoying refreshments -, the second reason was celebrating a grant from the Duchy of Lancaster The Deputy Lieutenants Dr Nicholas Jedynakiewicz and John Robert were there to open the new environmentally friendly mower and strimmer and some other traditional gardening tools. 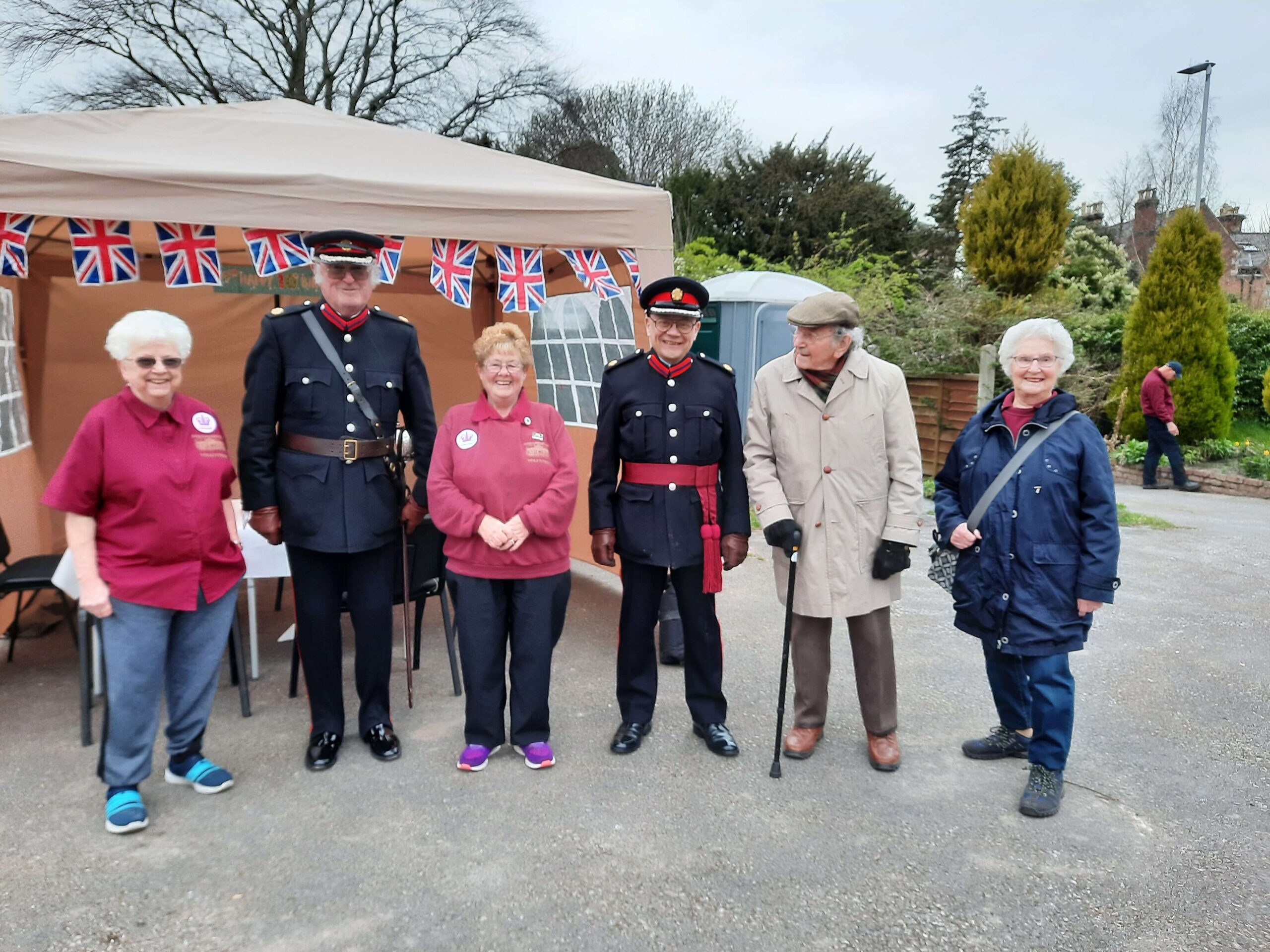 The original intention for the site now occupied by the Edward Kemp Community Garden and Growing Area had probably been to construct a couple of elegant mid-Victorian villas, but these plans never came to fruition. Instead, it became part of the Field Lawn Tennis Club, but after the Second World War it was managed by Birkenhead’s Education Committee as a sports facility for local schools. However, by the early 1970s this was no longer the case; the fine wooden sports pavilion (originally built by the Tennis Club) was destroyed by arson; and the area became derelict, at a time when Birkenhead Park as a whole was suffering significantly from increasing neglect and a reduction in Local Authority funding.

It is in the last 10 years that this situation has been transformed by the creation of the Edward Kemp Community Garden and Growing Area as a result of a project drawn up by Park Roots Community Interest Company, the trading arm of the Friends of Birkenhead Park (established in 1976).

It has involved the creation of a number of community plots and a community garden designed to enable youth groups, schoolchildren, and members of local residents associations to learn about flora and fauna and to grow their own flowers, fruit and vegetables. It has also become an important centre for learning and practicing key horticultural and gardening skills. It now boasts a sensory garden, a small orchard, and a natural well, and has become a real community asset for the people of Birkenhead and further afield.