Birkenhead Park has a rich and colourful history since its opening on Monday 5th April 1847.  Seen as the forerunner of the Parks movement, Birkenhead Park has acted as the inspiration and template for countless other urban parks across the UK, Europe and North America.  Since its opening, it the park has supported its local community through two global conflicts, played host to countless sports events with teams from across the World, all whilst maintaining its beautiful architecture and wondrous landscape.

Birkenhead Park will forever be the people’s park. 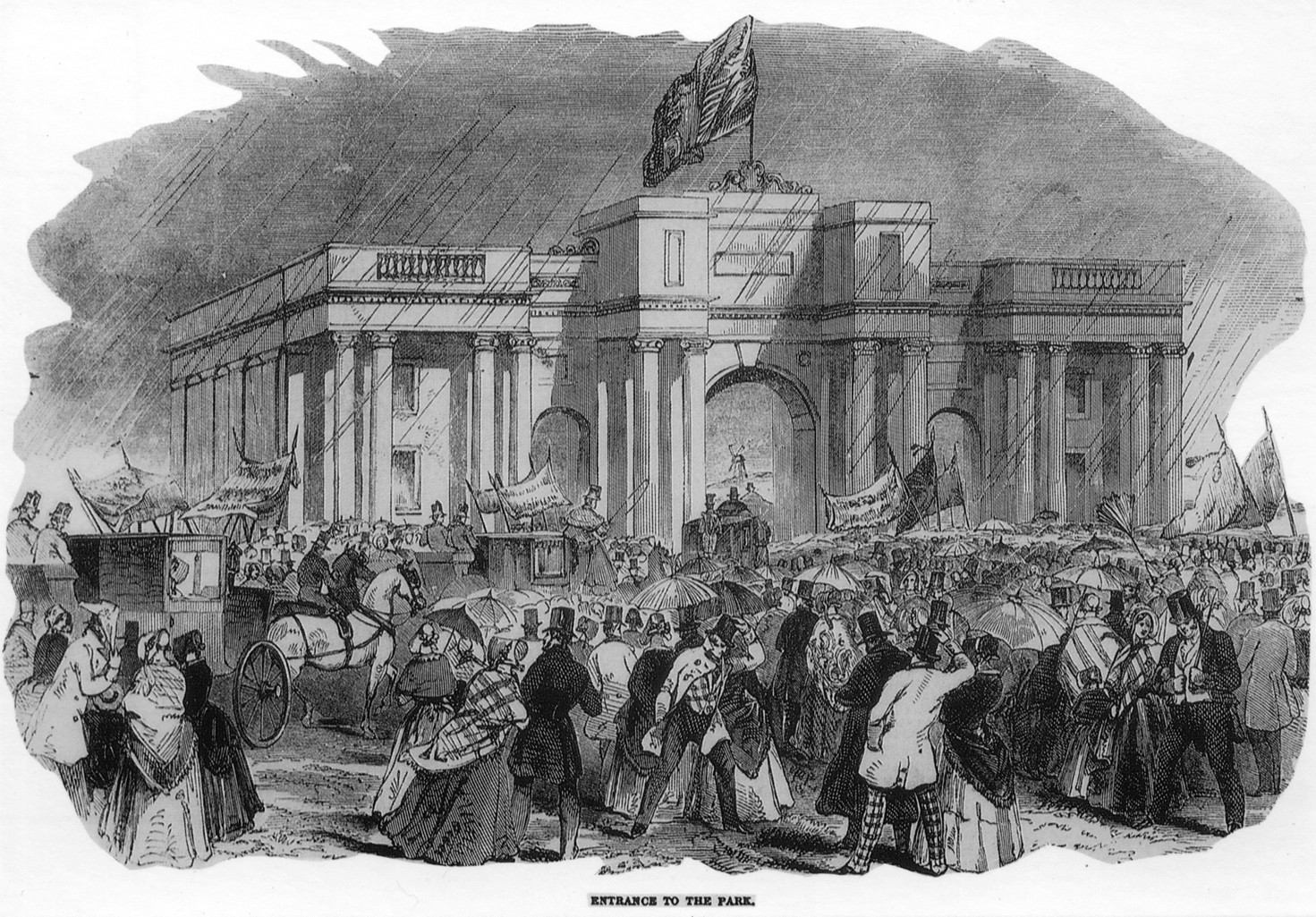 In the early – mid 19th century leading local industrialists, William Jackson, Macgregor Laird and Thomas Brassey, had a vision of building a ‘City of the Future’ on the Mersey, opposite the thriving city of Liverpool, which saw the town of Birkenhead experience a huge population increase (from 200 in 1821 to more than 24,000 in 1851). In 1840, the select committee on the Health of Towns declared preventative measures were required for reasons of humanity and justice to the poor, over conditions arising from the rapid expansion of urban populations.  In 1841, Isaac Holmes – Liverpool Councillor and Birkenhead Improvement Commissioner – suggested that Birkenhead should have a public park.

In 1843 Act of Parliament gave the Birkenhead Improvement Commissioners authority to borrow money for the purchase of land to create a public park.  Several important merchant and businessmen had been buying areas of land in and around Birkenhead. This land consisted of former farmland, mainly arable fields and former pastures, ill-drained meadows and commons, and was re-sold to the commissioners of the Park.

The chairman of the Birkenhead Improvement Commissioners invited Joseph Paxton, head gardener at Chatsworth to design the park, to which he agreed for a fee of £800. The plan for Birkenhead Park incorporated a park bounded by a carriage drive and areas around the edge of the park were set aside for the construction of villas in order to recoup the cost of paying for the park.

At Paxton’s behest, Edward Kemp supervised the development of the park and was appointed Park superintendent.  As a close associated of Paxton’s, Kemp maintained and enriched the character of the landscape within the idiom described by Paxton.  Kemp remained as superintendent of the park for forty years.

Birkenhead Park was officially opened on Monday 5th April 1847 by Lord Morpeth to a crowd of 10,000 people at the Grand Entrance.  Despite having been completed almost 6 months earlier, the park’s opening was delayed in order to coincide with the opening of the Morpeth Dock complex in Birkenhead.   Since then, Birkenhead Park has remained largely unchanged. Its originality and integrity remain intact, whilst it continues to modernise to suit the ever-changing needs and requirements of its visitors.